Kids and Teeth: When Will My Child Start Losing Her Baby Teeth?

When my kids were about five years old, the age at which many of their play group friends started losing teeth, they started to get excited about the prospect of losing their baby teeth. I totally blame the Tooth Fairy for their excitement. My kids couldn’t wait to place a tooth under their pillow at night and wake up to a crisp dollar bill (and maybe a trinket or two) where the lost baby tooth once was. Read on to learn about when your kiddos will lose their teeth and learn a few other fun facts about baby teeth!

My oldest, now 11, just lost her final baby tooth – a milestone she was a little reluctant to celebrate (“No more Tooth Fairy money,” she pouted). I was just surprised that she was still losing baby teeth at age 11! I couldn’t remember that at all from my childhood. But then, before I had kids, I really didn’t know when kids got – or even lost – their baby teeth.

Children have a total of 20 baby teeth: 10 on top and 10 on bottom. They have the same 10 teeth on their top and bottom jaws: four incisors, two canines and four molars.

Typically, babies get their lower central incisors (lower front two teeth) at around six months of age. The top two upper central incisors (top front teeth) come in around 10 months of age. Next, come the lateral incisors, followed by the first molars, and then the canines. The second molars on the top and bottom are typically the last baby teeth to come in. Kiddos are typically two to three years old when those grow in.

When it comes to losing baby teeth, they’re normally lost in the same order they came in. So, bottom front teeth usually fall out first, usually around six years of age. Then the lateral incisors are lost, followed by the first molars and then the canines. Second molars are the last to fall out, usually when kids are between 10 and 12 years old.

Although not everyone gets wisdom teeth (third molars), they may come in when your child is a teen. If so, they are often soon removed to relieve overcrowding.

Time for the Tooth Fairy to Visit

While the Tooth Fairy doesn’t visit every household, she does visit ours! When kids lose baby teeth, it’s a milestone worth celebrating. Years ago, I had a crafty friend make my girls Tooth Fairy Pillows that could be placed next to them at night and had a pocket on the back to contain the tooth so it didn’t go missing overnight. I surveyed many parent friends before deciding how much the Tooth Fairy left when she reached in the pillow’s pocket for each lost tooth. We decided on $5 for the first tooth lost and $1 for each additional lost tooth. If the Tooth Fairy was feeling particularly generous in a given month (or if our kiddo had exhibited particularly good behavior), she often left additional trinkets and toys for the girls.

Should You Keep Your Kid’s Lost Baby Teeth?

When a friend told me she kept every single one of her child’s lost baby teeth, I was instantly grossed out. Why on earth would anyone want to keep lost teeth? Where would I store them? What would I do with them?

It turns out there is actually a sound scientific reason to keep your kid’s lost baby teeth. According to DataHand.com, scientists are actually encouraging parents to keep their kids’ baby teeth because of the stem cells located in the tooth’s pulp (this is the center of the tooth). These stem cells can be harvested and can possibly be used later on, should the child become sick. While the choice to keep or discard lost teeth is entirely up the parents, the scientific evidence supporting keeping lost baby teeth is compelling. These teeth can also provide DNA should your child ever go missing.

That said, I still tossed my kids’ lost teeth.

Teach Kids to Properly Care for Their Teeth

When those baby teeth do start to come in, help kiddos set positive oral care routines with brushing and flossing! Buy a cute toothbrush and other accessories and help kids start anchoring great brushing habits from an early age. Regular check-ups with the dentist are important. Kids, and adults, too, should visit the dentist twice per year for cleanings and exams. Even before your kiddos have all their baby teeth, or when they have gaps because the adult teeth haven’t all grown in yet, make sure they’re brushing every side of their teeth, their gums, their tongues and rinsing with mouthwash to kill unwanted germs.

Did You Know? Fun Facts about Kids and Teeth

Kids losing their baby teeth is such a fun childhood milestone. No matter when they lose their first tooth, celebrate the transition, and then teach them to properly care for their adult teeth. Consistent, effective oral health care is a habit that can prevent many future problems while also ensuring every child can feel independent and proud of their smile. 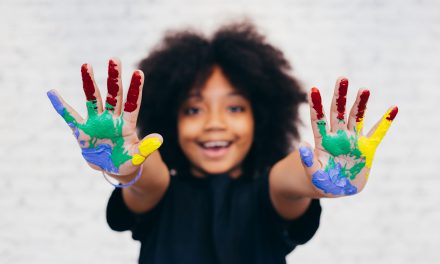 Best Ideas for Fun Arts & Crafts for Kids During Pandemic 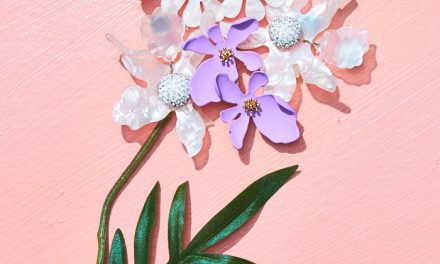 The Joys of Journal Keeping

Ways for Single Mothers to Cope After Divorce

Cutest Ways to Announce Your Pregnancy